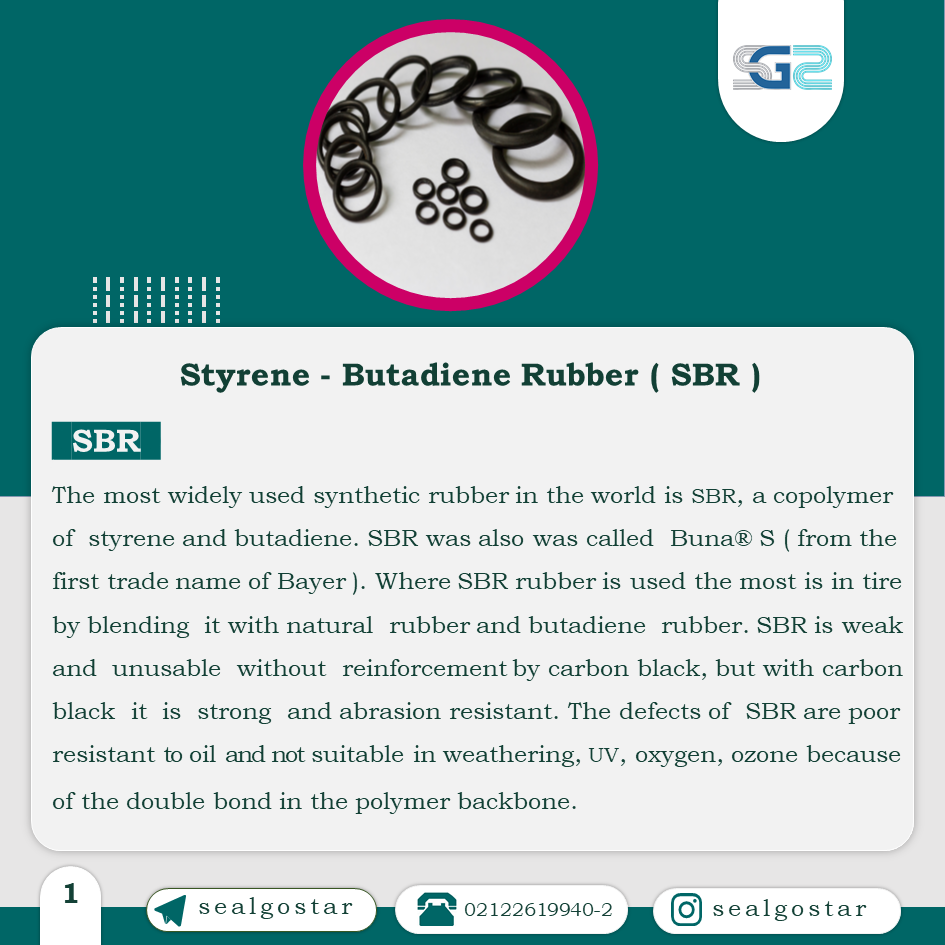 The most widely used synthetic rubber in the world is SBR, a copolymer of styrene and butadiene. SBR was also was called Buna® S ( from the first trade name of Bayer ). Where SBR rubber is used the most is in tire by blending it with natural rubber and butadiene rubber. SBR is weak and unusable without reinforcement by carbon black, but with carbon black it is strong and abrasion resistant. The defects of SBR are poor resistant to oil and not suitable in weathering, UV, oxygen, ozone because of the double bond in the polymer backbone.

►SBR is usually mixed with NR and BR and applied in tire productions.