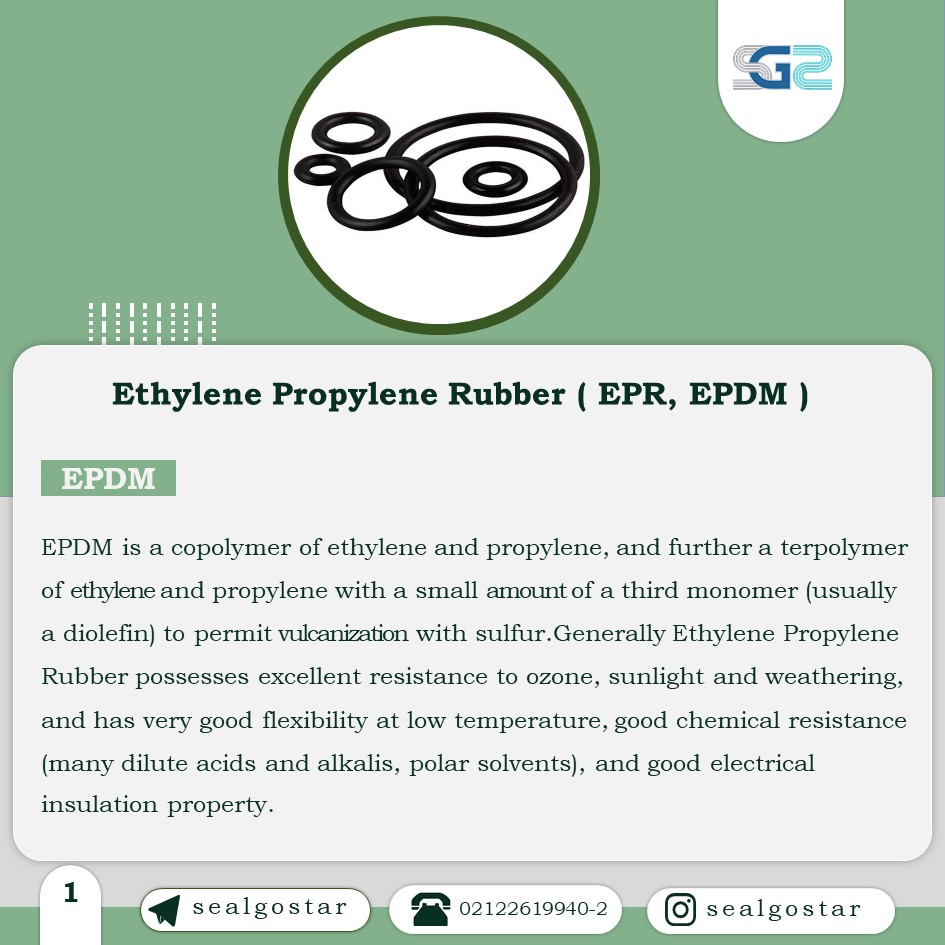 EPDM is a copolymer of ethylene and propylene, and further a terpolymer of ethylene and propylene with a small amount of a third monomer ( usually a diolefin ) to permit vulcanization with sulfur.Generally Ethylene Propylene Rubber possesses excellent resistance to ozone, sunlight and weathering, and has very good flexibility at low temperature, good chemical resistance ( many dilute acids and alkalis, polar solvents ), and good electrical insulation property.

►Peroxide – cured EPDMs have better heat resistance and lower compression set. It complies with long time usage especially for hose system of construction industry, but at the same time is more expensive and more difficult for production than the Sulfur – cured.

►EPDMs are often internally lubricated to improve ease of installation or reduce friction for dynamic applications.

►EPDMs can be formulated with only “white list” ingredients as specified in 21.CFR 177.2600 for use in applications where the elastomer will be in contact with foodor beverages.

►EPDMs can be submitted for approval by the National Sanitation Foundation (NSF) for use in drinking water applications.