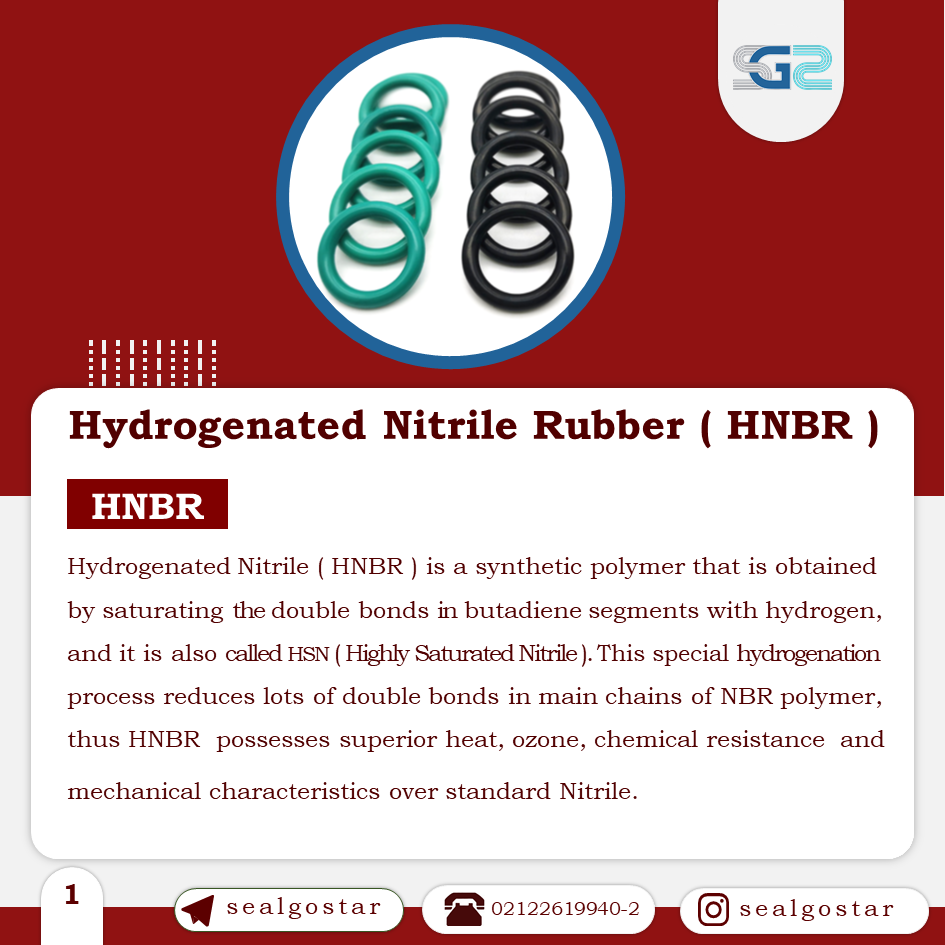 HNBRs are usually Peroxide-cured for standard compounds of Ge Mao. It also can be Sulfur-cured to improve flexible properties in dynamic system but will reduce the heat resistance and cause poorer compression set.

►HNBRs are often internally lubricated to improve ease of installation or reduce friction for dynamic applications.

►HNBRs can be formulated with only “white list” ingredients as specified in 21.CFR 177.2600 for use in applications where the elastomer will be in contact with food or beverages.

►In deeper oil wells, it requires material resistance to heat, crude oil, hydrogen sulfide, steam and explosive decompressionets. Special compounds of HNBR can be available for this application.